Sports matter. From the first time two people squared off to see who could throw the furthest or run the fastest, to modern day team activities, people have been playing sports or watching others play sports for a long time. Whether you are a passionate fan or have zero interest, the fact is that enthusiasm for “sports” is a fundamental part of being human.

Competitiveness is built into our DNA. It is how we have survived as a species and the reason some cultures last while others disappear. We no longer have to fight each other and nature just to exist, but still feel the need to compete. Sports represent an outlet for that fundamental part of human nature. 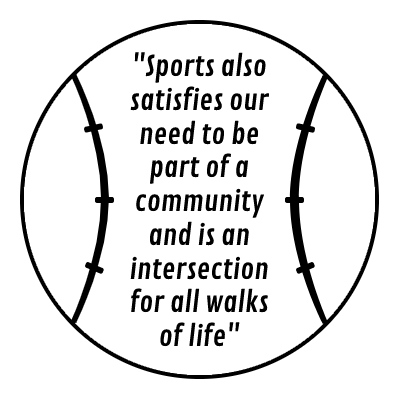 Sports also satisfies our need to be part of a community and is an intersection for all walks of life. No matter where you live or your race, color or religion, sports lets us connect with others. You could have nothing else in common with someone other than being fans of the same team and create a bond. You can see a random person wearing the jersey of your favorite team and instantly become connected. You do not even need to speak the same language.  There is nowhere else in the world other than at a sporting event that you give and receive a high-five from a complete stranger, no matter what they look like or whoever they are.

Sports hold up a mirror that reflects who we are as a society. Just as the civil rights movement was gaining steam, Jackie Robinson broke the color barrier in Major League Baseball in 1947, which forced people to confront the issue of racism in America. Billie Jean King drew attention to women’s rights, and how athletes were treated differently and paid based on gender. Just recently, the issue of mental health became front page news when Naomi Osaka dropped out of the French Open to avoid participating in press conferences, which caused her debilitating anxiety.

Today’s superstar athletes use their international fame to promote social change. One of the greatest examples of this is NFL quarterback Colin Kaepernick, who took a knee during the national anthem in protest of police brutality and racial injustice. Kaepernick’s actions led other high profile athletes to use their platform to draw attention to the Black Lives Matter movement and other issues related to racism in America. Kaepernick’s protests cost him his career, but made him a hero to many people around the world.

Participating in sports also matters. For young people it can provide lessons that last a lifetime on and off the field. It builds character and teaches teamwork, sportsmanship, discipline and leadership skills. It can create bonds between kids, adults and communities. Few things can match the bonding experience that occurs when one is part of a youth sports team, where you can become brothers and sisters with random people overnight. Youth sports also provide kids a way to feel deep emotional investment in something that has no real world consequences.

Additionally, playing sports promotes mental and physical health. According to Project Play, a youth sports advocacy foundation, physically active children score up to 40% higher on academic tests, are more productive in the workplace, and have lower levels of depression. 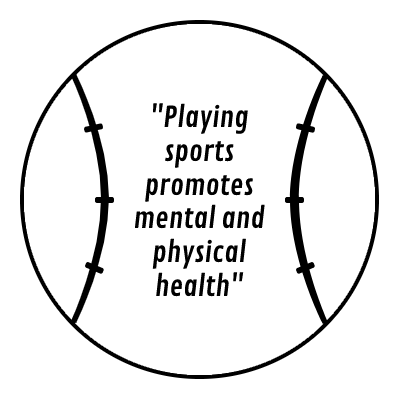 Another measure of the role that sports have in the world is its economic impact. According to Emsi, a company which tracks economic data, sports organizations supply around 456,000 direct jobs. In 2018, the North American sports industry generated more than $71 billion in revenue based on ticket sales and media rights according to business data platform Statista. Sales of team merchandise produced by American professional sports teams totaled $14.57 billion in 2018 alone.

The legalization of sports betting and the explosion of fantasy sports leagues have allowed fans to engage with sports in a deeper way. According to Statista, the worldwide sports betting and lottery market is worth $218.49 billion. Sports collectables have also become a major industry, with the sports card market valued at an estimated $5.4 billion according to sportscardinvestor.com.

The importance of sports was highlighted during the COVID-19 pandemic. Kids could not go out and play ball with their friends, and with all sports suspended, a void was created in the lives of many people. Sports were not there to put smiles on peoples faces and provide its magical ability to heal. The rebuilding of the sports world represented a benchmark for the country’s progress battling the pandemic. Just around the time that the NBA and MLB began their seasons in July 2020, some normalcy began to return in everyday life.

Sports play a fundamental role in the daily lives of many people. They satisfy the human desire for competition, communication and entertainment. Sports impact society by improving mental and physical wellness and bringing people together. It is an undeniable fact that sports matter.